Cadet Firefighter Mark - How he found the selection process

Have you always wanted to pursue a career in aviation firefighting? Our Cadet Firefighting programme opens on 12th March 2018. We caught up with Mark, 23 from Liverpool who was one of last year’s recruits, to help shed some light on the process and life on station.

What were you doing before you joined the Liverpool John Lennon Airport (LJLA) RFFS?

I was in the Army for three years but then left due to an injury.

How did you learn about the Cadet Programme?

Well I found out about it kind of last minute. A friend flagged the vacancy to me and I thought it would be the perfect opportunity for me as I had a lot of skills I could transfer from my time in the Army so I went for it and little did I know I would be sitting here as a fully-fledged cadet here today.

How did you find the application process?

I thought it was good. It was very thorough but it needs to be. The role is so varied and can sometimes push you in terms of physical fitness so I found it quite in depth but it prepared me for the realities of the job. Don’t get me wrong, it was really challenging at times but I enjoy that sort of thing.

As a successful candidate, what were your first impressions of our RFFS?

Well, I didn’t have to wait long to be invited on-site. When I found out I had gotten through the initial stages, we were brought for an on-site visit to the Station. To be honest, before I applied I never knew LJLA had its own Fire Service. It was kind of immense knowing I could potentially be working on an active Airfield with planes flying about and operational vehicles everywhere. What was a typical day like during your first few weeks here at Liverpool John Lennon Airport?

It was really varied. During the first 8 weeks of the programme, I worked 9-5 shifts. There are four watches at the Airport and we spent time with every watch. I started my training in working at heights, enclosed spaces, learning how to run the hose and disperse the water. In the mornings we have a “Parade” where each crew member is assigned their tasks for the day. The days consist of a mix of incident training and smaller administrative tasks. There’s always lots to do- sometimes things you would never think a Firefighter would do to be honest but its all part and parcel of the job.

When you finished your initial training, were you classed as a “proper firefighter”?

Not completely. When I finished my first couple of months, I moved on to become an Operational Cadet Firefighter. This meant that I moved onto the normal crew’s shift patterns, 7-7 (12 hour shifts) for two days and two nights. I was put on Blue Watch. I was immediately thrown in to using all the training I’d learned and since then I have attended medical calls, fire incidents and a variety of others. I would be just as responsible for dealing with any situation in Fire Service context as my peers in the crew. I just can’t drive the Fire Engine. 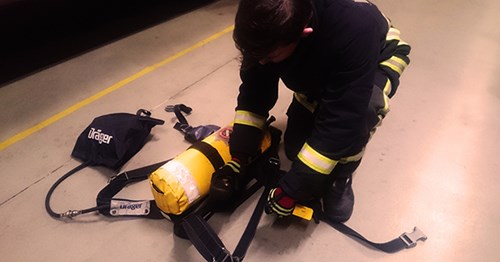 What is your favourite part of being a Cadet?

I really enjoy attending medical calls with the team. It’s tough having a lot of responsibility on my shoulders, especially when it comes to critical health situations but it’s a unique element to my job and it gives me a lot of determination and fulfilment knowing my job is centred around helping people in dangerous situations.

What is something you want to tell future applicants?

I would say this job is not for everyone. It is a brilliant job to have, you are always out doing something every day and even those times when you might have to spend a couple of hours doing office work aren’t that taxing because being on station is like working with mates- to an extent. There is a serious side to the job because we train to save lives. It’s tough, BUT applying  for the programme was the best thing I have done and I would recommend that anyone who thinks they have what it takes, apply. I didn’t think I would get it but here I am. Living proof! 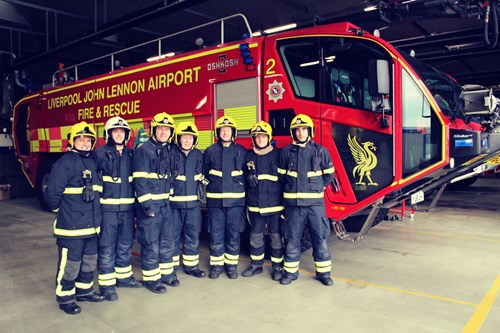 Applications for 2018’s Cadet Firefighter Programme have now closed. Good luck to all who applied!