Celebrations took place both inside and outside the Airport terminal including a traditional arch of water aircraft ‘baptism’ as the airline’s Airbus A320 arrival from Barcelona taxied in, performed by the Airport’s Rescue and Fire Fighting Service. Arriving passengers were presented with visitor information from Marketing Liverpool too.

The three times weekly service to Barcelona operates on Sunday, Wednesday and Friday with a schedule to suit both leisure and business passengers alike giving travellers the opportunity to spend either a weekend or a working week in Barcelona. Passengers can also connect onwards to other destinations served by Vueling from Barcelona.

Basic fares begin at £41.00 one way and can be obtained at www.vueling.com.

Vueling is the largest airline serving the main Barcelona El Prat Airport, and operate on more than 410 routes to 162 cities in Europe, the Middle East, and Africa, with a fleet of more than 100 aircraft.

Robin Tudor, Head of PR for Liverpool John Lennon Airport commented, “Good Friday’s inaugural Vueling flight was a great way to start the Easter weekend and welcome the fourth new airline to commence operations from Liverpool in just over a year.”

Gabriel Schmilovich, Network Planning, Scheduling and Slots Director at Vueling, said, “We are delighted to commence our services between Liverpool and Barcelona. Vueling is one of Europe’s leading low fare carriers and this new route to Barcelona means that our passengers from Liverpool will be able to visit this top destination during the summer but also reach our other 160  destinations across Europe, the Middle East and Africa with our connecting flights.” 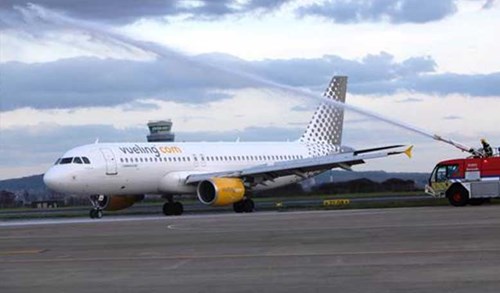 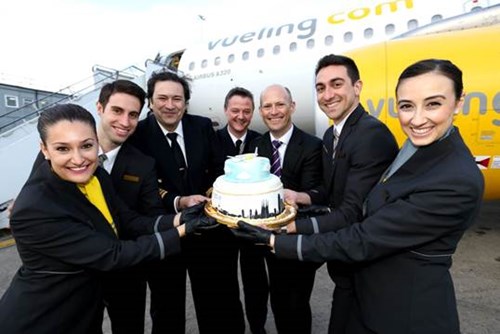